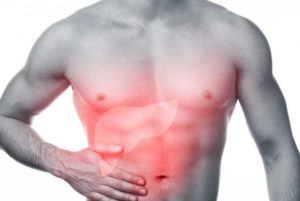 In the 21st century, liver disease is considered to be one of the most common. It is also called liver failure. In short, the liver cannot perform its functions with this disease. This can be a consequence of chronic diseases, but sometimes the problem occurs suddenly. What are the causes and symptoms of liver failure? How is the liver treated?

Before you begin to treat the liver, you need to determine the form of the disease.

Symptoms and Treatment of Liver

The chronic form of the disease may be asymptomatic. Only when most of this organ is damaged, symptoms of failure appear. Initially, weakness, as well as diseases of the digestive system appear. Then there is jaundice, enlarged liver, swelling around the ankles, varices of the esophagus and anus. Ascites or the fluid in the abdomen usually indicate a high degree of liver failure development.

In both forms of the disease, a low protein diet is important (the amount of protein should be no more than 60 g per day). Pharmacological treatment is also used. Such a method of treating the liver as a stay in Truskavets receives good reviews. Liver treatment in the Truskavets resort is one of the main directions. Thanks to specially designed diets, the beneficial effects of mineral waters, highly qualified medical staff, you can count on an excellent result.

Having decided to book a room in a mini-hotel “Naftusya”, you will live in the heart of the resort, and you can receive a liver treatment in professional medical institutions.